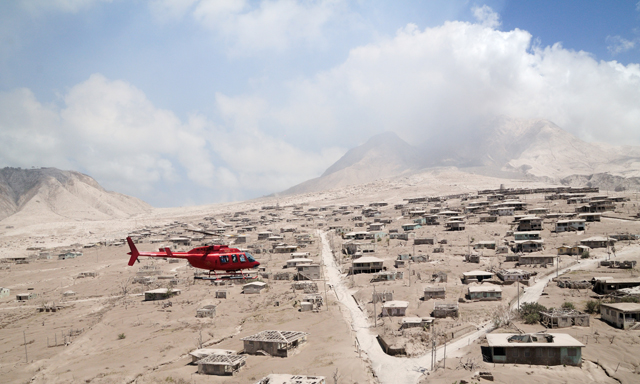 Overview: See the destructive power of nature on a pilot-narrated flight over Montserrat, the island devastated by its volcano in 1997. Only via helicopter can you get close to the still-active Soufriere Hills Volcano. Marvel at the gorge and delta that were forged by the violent eruption – and survey the abandoned capital, parts of which are buried in 40 feet of ash. The 50-minute flight culminates with bird’s eye views of Antigua and your ship.

Highlights: Soufriere Hills Volcano: Get up close to the 3,000-foot-high powerful volcano that frequently emits smoke, ash and steam. Montserrat’s Exclusion Zone: See the devastated areas that have been evacuated, permanently closed off and only accessible via aerial tour. Antigua Views: Enjoy bird’s eye views of the island and your cruise ship in port on the return.